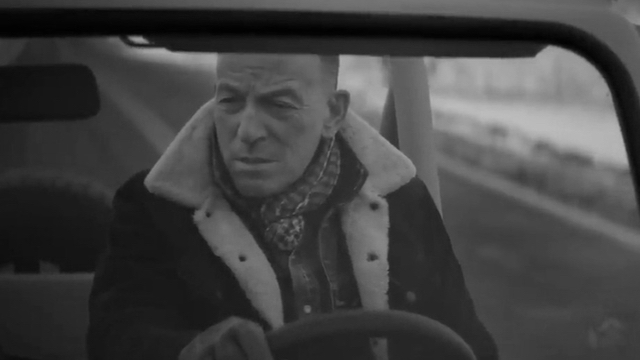 Woke up this morning feeling DANGEROUS. And I hope you did too, Black Collar Crue. Because, boy-do-I have some juicy sh!t for you. And rather than tease it, I’ll just tell it. So here goes: Tom Brady’s banned T-Mobile spot initially mentioned Tampa but it’s telco that kept it from airing. People aren’t going to hit the streets for traditional V-Day treats. And Bruce Springsteen’s big trip to the middle is now marked with his DWI arrest…

More on that later as I’ve got to explain this first. (It was a tease all along!) This is the Black Collar Club. And in it I’ll address relevant marketing, advertising, social and cultural “news” in a condensed format sourced from hours of early morning time spent scouring the internet in hopes of finding out what’s REALLY going on in our industry.

Like I said, I woke up feeling DANGEROUS. Dangerous like T-Mobile must feel, being the banned-ad bad boys of the big game. Dangerous like the pandemic, pervasive enough to keep people from buying flowers this Valentine’s Day. And dangerous like the Boss was on November 14th in Sandy Hook, New Jersey, when he was arrested for DWI…

T-Mobile submitted this spot “starring Tom Brady and Rob Gronkowski that was rejected from airing in the big game.” (Ad Age) They were told to resubmit, which they did, but “T-Mobile said that the ad was ultimately banned because of a protected rights deal with the official telco sponsor.” (Ad Age)

Oh. But that said, “the request for T-Mobile to remove mentions specifically of Tampa Bay…” sort of mucks things up. (Ad Age) The “National Football League spokesman declined to comment on why specifically this ad was rejected.” (Ad Age)

According to research done by Numerator, “flower and candy sales might be taking a hit this year.” (Ad Age) Yep, according to their survey, “only 31% of respondents said they planned to buy flowers as gifts, down 15 points…” (Ad Age)

Points or not, you get it, you’ve got it and you didn’t need the research company to come to the conclusion that, like other things, this too, is different now. Or did you?

Or, “What Springsteen’s DWI Arrest Means for Jeep’s Marketing.” (Ad Age) I was going to leave Jeep out of it but it seems no one’s safe.

Well, according to Tim Caulkins, a marketing professor at a prestigious university, “As a car company you can’t be seen in any way supporting driving under the influence… If Jeep wasn’t aware [of the DWI], that is a miss.” (Ad Age)

So, Timmy-Tattle-Tales thinks they should’ve known “that Springsteen was arrested Nov. 14 at Gateway National Recreation Area in Sandy Hook, New Jersey, and charged with a DWI, reckless driving and consuming alcohol in a closed area.” (Ad Age)

And Matthew McConaughey only says three. So I’ll take it as a sign I’ve said enough. Should I say anymore, things might get DANGEROUS.

Have a wonderful long weekend, weekday workers and I’ll see you on the other side.