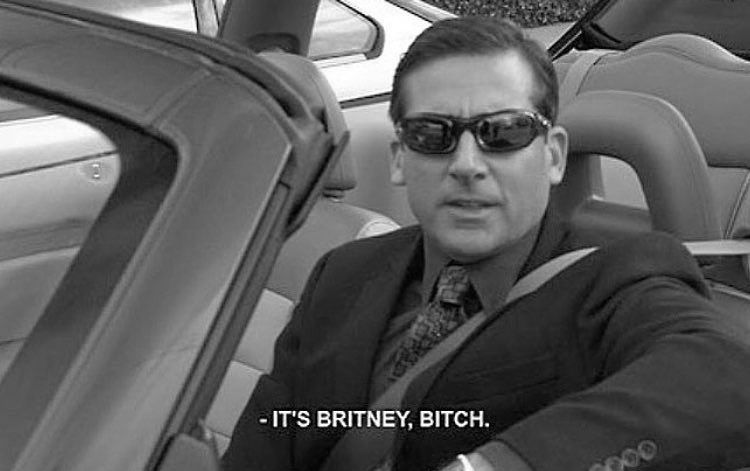 It’s Britney, b!tch. Well, actually, if you’re a real Office fan you know it was Lady Gaga that Michael was listening to. But you get the point. America is excited. Excited for the Super Bowl. Sure, we’re a little rattled (just as Michael usually is) by last year’s turmoil. But we’re excited nonetheless. And we’re ready for a party in the USA…

That’s right, Black Collar Crue, we’re ready for a party in the USA! And who better to give us one than the girl who wrote the book on it… I mean song. You know what I mean…

I’ll be there for TIKTOK TAILGATE!!! I can’t wait to put on a show for the NFL’s honored guests before the game…. Health care workers from Tampa and around the country! Join the tailgate at 2:30 PM ET FEBRUARY 7 on @tiktok_us @ @cbstv ! #SBLV pic.twitter.com/MBibfx8XxF

What’s even cooler is “the live event was created exclusively for the healthcare workers and Cyrus will be joined by special guests from the NFL, TikTok creators, surprise musical performance, gameday cooking segments and other happenings.” (Adweek)

Non-healthcare heroes can still watch via TikTok from home and “portions of the performance will also air on the Super Bowl LV Pregame Show on CBS.” (Adweek)

But it’s mostly for the healthcare workers who exhibited immensee bravery during trying times and helped us all out.

Because it’s Britney, b!tch. And she’s ready to party in the USA!

But, as Doc Holiday once said to the Sheriff, “my hypocrisy only goes so far.” Meaning, I can’t pretend I don’t know who Miley is as I’m a HUGE fan! So I’ll get it right here, before I go…