Black Collar Club: There When You Need Them 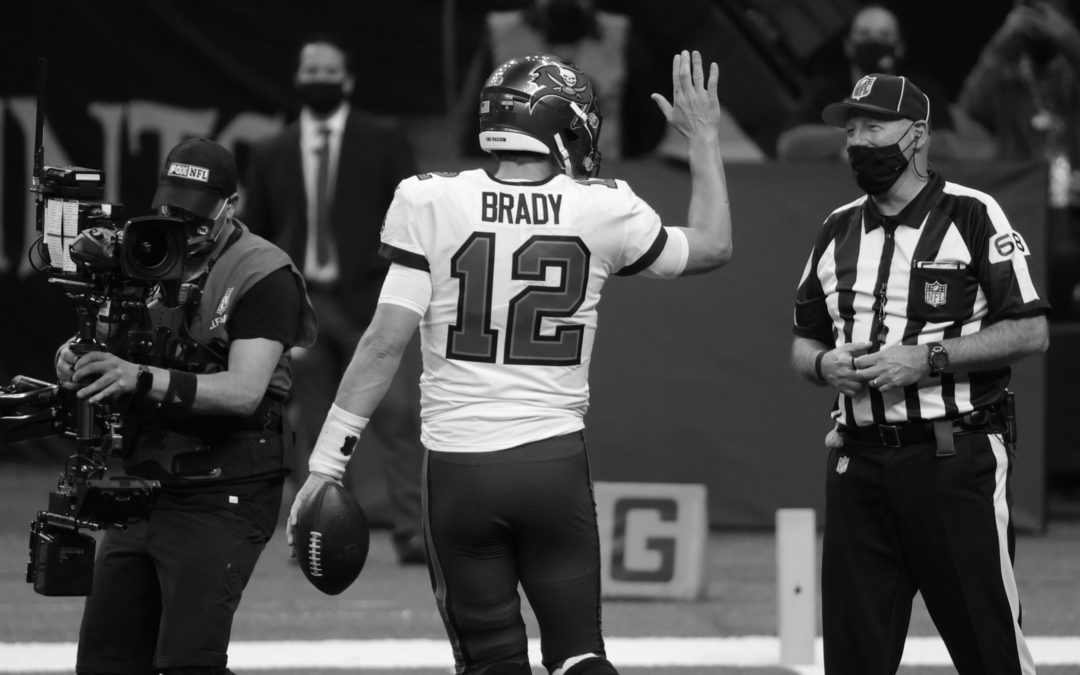 I can’t believe it. I can’t believe the officiating crew in charge of Packers vs. Buccaneers. They went almost four quarters without throwing flags for PI. But then, when Tom Brady needed it most, they delivered. Like they always do… And speaking of reliable delivery, DoorDash is airing their first ever Super Bowl commercial…

Seriously, cannot believe it. It’s like they ref’d the whole game without flags in their pockets up until that third down. Like they couldn’t find them. Like they weren’t there until Tom NEEDED to convert. Then — after some pause for what I’m guessing was a pocket search to see if they even had a yellow penalty marker on their person — one flew.

Troy Aikman said something along the lines of, “so much for consistency…” And Matt LaFluer immediately feared kicking a field goal on fourth down in the fourth quarter with four minutes left on the clock in the NFC fourkin’ championship was a bad idea…

But what wasn’t was DoorDash’s decision to, “after a successful year… splurg[e] on an ad in the Super Bowl.” (Adweek)

(I know that transition’s about as smooth-as-sandpaper but I’m fourkin’ pissed about last night and I don’t have all day.)

That’s right folks, DoorDash helped us out on third down. They knew we needed to convert. Or, at least, eat some good food from the local businesses we love. So, during the pandemic, they delivered. Food. Safety. And, much needed support to small businesses.

Now, after a slammin’ season, they’re splurging on their “first ever Super Bowl commercial.” (Adweek) Their “campaign… is an upbeat rendition of the Sesame Street classic, ‘People in Your Neighborhood.’” (Adweek)

It’s intended to promote “DoorDash’s expansion from a restaurant delivery service to an all-inclusive hub that offers everything from paper towels to pet food.” (Adweek)

Anyways, the folks at DoorDash “incorporated a charitable aspect to the campaign. Starting Sunday, Feb. 7, the brand will donate $1 per order to The Sesame Workshop, the nonprofit behind the show, up to $1 million.” (Adweek)

Christopher Payne, DoorDash’s Chief Operations Officer, assured “this campaign’s theme of empowering small businesses and facilitating a sense of community is at the heart of the brand’s mission…” (Adweek)

But what takes the cake are the four non-calls followed by the fourth quarter flag thrown by Tom Brady’s biggest fan.

That was the best.

Chiefs vs. Buccs in the bowl this year… I hope they both lose.