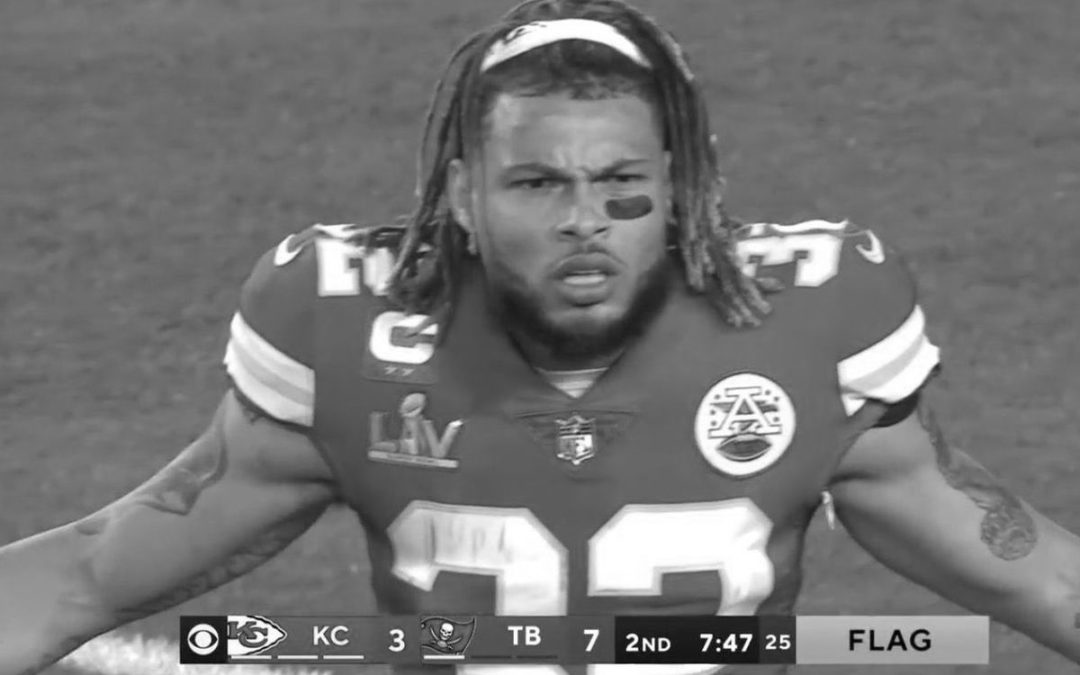 (No disrespect to the Honey Badger, he’s an amazing player. I just couldn’t help myself as it seemed all too appropriate.)

I’ve heard and read some criticism of the Super Bowl since Sunday and I’m honestly a little surprised by it. Did the critics not have fun? Tom Brady took on Patrick Mahomes. The Weekend sang songs about cocaine. And the ads were mostly a-political and entirely a-awesome. Even the Oatly one… How could the critics not have had fun?

More on that later as I’ve got to explain this first. This is the Black Collar Club and in it I’ll address relevant marketing, advertising, social and cultural “news” in a condensed format sourced from hours of early morning time spent scouring the internet in hopes of finding out what’s REALLY going on in our industry.

With such a wonderful Super Bowl Sunday, I’m baffled as to why the critics criticized so much. (Because they’re critics, got it.) Did the whole world decide to become Chiefs fans? Was The Weekend not cool? Did not enough ads scream for… something?

What was it that had some publications so pissed off?

The Washington Post said they had “5 very important questions about full-face bandages and that gold maze.” (WaPo) The first of those questions was, “why was the audio so bad?” (WaPo)

I thought The Weekend sounded great and looked better. He opened with, as Pat McAfee predicted, “the song about cocaine.” (PMS) He closed with one about the same subject.

Ad Age wasn’t thrilled either as they wrote of the ads, “We laughed—but not as much as we would’ve liked to… We cried… We also grew more than a bit annoyed…” (Ad Age)

At least they got their money’s worth as I typically hold-in-high regard anything that can make me experience that broad an array of emotion.

To their credit, they did give the advertisers credit, saying “After all, these commercials were created during impossibly trying times—with productions invariably impacted in large and small ways by the pandemic and global recession.” (Ad Age)

(I know. Not quite the ruthless criticism that would’ve driven my argument home. Should’ve just excluded it like The You-Know-Who!)

Speaking of credit, Adweek deserves some for pointing America’s fingers (rather than their own) directly at an American Auto Manufacturer.

They wrote, “Jeep took a swing in the 2021 Super Bowl with a two-minute ad imploring Americans to find middle ground, but post-game analysis shows the spot divided viewers.” (Adweek)

Divide it did. And it was “the most divisive in Adweek polls… 50% said they loved it while the other 50% said they hated it.” (Adweek)

According to a Talkwalker spokesperson, who noted that the following was only his opinion, “… based on equally bad reactions from both the left and right, Jeep might find the middle ground is just a place to get attacked from all sides.” (Adweek)

Bruce Springsteen starred in the Jeep ad. IMO he looked cool and cold. Loved his boots. Loved his hat. But, as a motorcyclist I’m calling BS on the top-down with snow on the ground.

I’m also calling BS on anyone that said they didn’t enjoy the big game. Except Chiefs fans. I’m sorry but not that sorry.

And I’m proud and yes that proud of our industry for persevering through a pandemic and pushing out awesome spots for us all to laugh along to.

Oatly… WTF was that?
Tracy Morgan ruled!
Gronk and Tom Brady were hilarious…
And Will Ferrel crushed!